The Brazilian health market is a complex system, as one can find both public (named SUS in Portuguese) and private systems with health plans.

The costs for the customer (patient) of private hospitals in Brazil is high, complex and impossible to check.

Notes about these “Uber of Health” apps.
– Most of the customers (patients) of these Apps are parents with children, other said in order to avoid long waiting time in ER (Emergency Room) they prefer to hire a physician that could come at home.
– The physicians that work for these platforms are happy to earn some extra money, for instance during the evenings or the week-end.

Written by Xavier Gruffat (Head of Criasaude.com.br). Note: these information might not be exact, the goal of this page is just to understand better the health market in Brazil. 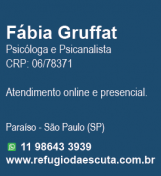